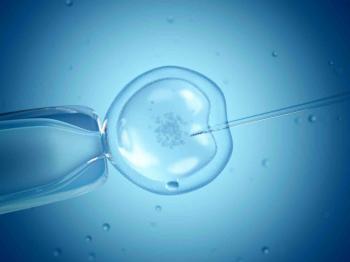 Female germ cell (egg = oocyte) and male germ cell (sperm), the keystones of human reproduction, pass through many development phases until they gain the potential to create a new organism. The ovaries in female and the testicles in male act as a repository to germ cells during their development and fully mature human germ cells throughout their life cycle.

While the ovaries and the testicles act as a repository for germ cells, they also allow these cells to continue to live by releasing a variety of hormones on the other hand. Testosterone in male and estrogen in female are the most important hormones released for this purpose. The release of these hormones is controlled by some centers in the brain.

Development of Germ Cells
Egg production in female begins in the mother's womb. A new-born female child has 2 to 3 million eggs. This number decreases by 400 thousand in adolescence. Eggs are stored in the ovaries in balloon-like structures that we call follicle.

Eggs remain at rest during a certain period of their development until adolescence. With the beginning of adolescence, the release of hormones in the body gains a rhythm. As a result, the brain ensures release of GnRH (gonadotropin releasing hormone), released from a special region of the brain called hypothalamus, FSH (follicle stimulating hormone) from the pituitary gland located in the brain and LH (Luteinizing hormone).

Follicle-stimulating hormone, as the name suggests, stimulates the follicles in the ovaries with germ cells. As a result, egg reaches a maturity by continuing its development so that it can be fertilized by sperm. FSH provides the release of estrogen hormone by stimulating also the follicle cells surrounding the egg. This hormone is essential for the development of eggs. The diameter of the follicle, which is 1 to 2 mm in diameter at rest, reaches 20 to 25 mm with the effect of the FSH hormone. The follicle that reaches this size hatches and becomes free. This is called ovulation. Ovulation in a female with a regular menstruation cycle, i.e., having a period in every 28 to 30 days, coincides with the 14th to 15th days of the menstruation cycle, in other words, with the middle of the cycle.

Immediately after the menstrual period, 5 to 10 follicles in the ovary begin to grow with the effect of FSH, but only one of them grows enough and then hatches. In short, normally only one egg in each month is ready for fertilization. The number of follicles in the ovaries decreases closer to menopause, the period with zero remaining follicle is called menopause.

Fertilization
The egg laid with the ovulation is taken into the tube through contraction of the tubes and movements of the region adjacent to the ovaries. After sexual intercourse, sperm cells pass through the uterus from vagina and then to the tubes. Fertilization which means the fusion of egg and sperm with each other) takes place in the tubes. Human sperm and egg are capable of remaining alive up to about 24 hours until fertilization in the female reproductive tracts. The fertilized egg arrives in the uterus cavity in a period of 3 to 4 days with rhythmic contractions of the tubes. The number of cells in the egg fertilized in this 3-4 day period increases with division, and the embryo (fertilized egg cell) will have approximately 16 cells when arrived in the intra-uterine cavity. Blastocyst is a further developed embryo and is ready for implantation in the intra-uterine cavity.

Implantation
Implantation refers to the placement and bedding of the embryo in the uterine cavity. The mucosal tissue lining the inside of the uterus (endometrium) must be ready for implantation for a healthy implantation. The embryo placing in the intra-uterine cavity soundly will create the fetus in the future by continuing its development.


The content of our website has been created in order to inform the guests. The information provided within the website, can not replace any doctors treatment and consultation. Based on these resources, starting the medication treatment or change of the current treatment are abolutely not recommended. The content of our website, should never be considered for personal diagnosis or any treatment methods. There is no intention regarding the advertisements that are against the law in our website. © 2010 - 2023, All rights are reserved. Privacy Policy. This website is created by CEOTECH . For further information: click.